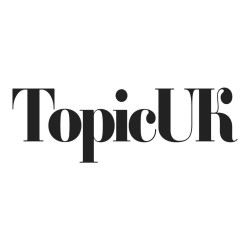 Transport, tech and trainers from across Yorkshire feature in the shortlist for the Northern Power Women Awards announced today.

Now entering into their fifth year, the Northern Power Women Awards sponsored by EY celebrate the women and men who work towards creating gender balance in organisations and who passionately support equality across the North. The awards, which is now the largest in the country, showcase and spotlight the winners not only during the awards event, but also continuously throughout the year to ensure ongoing visibility for these role models and to use their presence to inspire.

Sally Orange a reservist in the British Army has gained two nods for Mentor and Person with Purpose.

Northern Power Women is the only pan-northern campaign accelerating gender equality and involves a range of connecting, influencing, and thought leadership, and an annual awards ceremony.

Simone Roche MBE, founder and CEO of Northern Power Women, said that this year’s awards have seen an impressive 55% increase in the number of nominees across the ten award categories.

“Once again this year I have been absolutely amazed at the outstanding number and quality of nominations we’ve received and it has been hugely impressive to see the range of organisations represented – from bus and rail companies to our military, Olympians and explorers,” said Simone.

“I’ve always known there were incredible role models in and from the North, but after received almost 1500 nominations, I have to say that even I was astounded. Our incredible category panels made up of 65 judges had a difficult – but inspiring – time identifying the shortlisted nominees.”

Among the 81 shortlisted nominees are fantastic trailblazers and advocates from the Yorkshire, representing a range of industries and professions.

“Previous awards winners from the Yorkshire, including Spencer Engineering ((2018) winner of the (Medium Organisation)) and Julie Kenny CBE ((2017) special award for (Outstanding Entrepreneur)) show that the area is leading the way in helping to promote gender diversity,” said Simone.

“It’s great to see that so many people (and organisations) are continuing this important work, which is obviously form the impressive list of shortlisted nominees from the area this year.”

“Indeed, each person on this shortlist is a role model who can inspire both current and future generations and help create the step-change we need to advance gender equality.”

The winners of the Northern Power Women Awards will be announced on 16 March at a gala awards night and dinner at the Manchester Central Convention Complex. Individual tickets and corporate tables are now available to purchase and the event will once again offer ‘Pay it Forward’ and discounted tickets through a ballot for individuals who may otherwise not be able to attend (to date this has supported over 200 individuals to attend).

To see the complete list of Yorkshire nominees visit: (http://topicuk.co.uk)